skip to main | skip to sidebar

Its been a while since my last update. Unfortunantly ive been having issues with my intenet at home. In the mean time Paul has been putting a LOT of time into Orbost. This involving two trips to the actual location which is around a SIX hour round trip!!! The reason for these trips as you will see in the following pictures.
This first photo shows the progress made in the station area. The white styrene shows the road formation. During the trips many notes were made and photos taken detailing the geography of the land including water courses and distances. 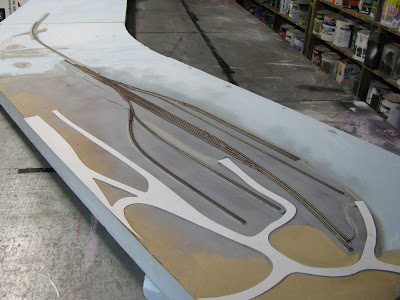 In this photo Paul is demonstrating the length of the second, larger bridge. This photo also demonstrrated the use of the Google Maps overlay to ensure accurate scaling. 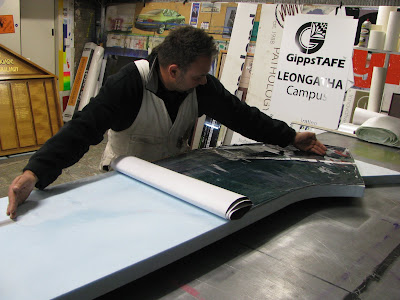 This photo Paul is demonstrating the length of the first smaller bridge just heading out of the station. I tried to capture the amount of work Paul has put into land formation. A lot of work has been put into this area of the layout. 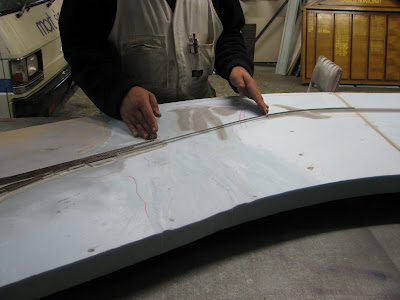 This is the start of the larger bridge where landfill meets trestle. During floods the water rushes under this bridge and erodes the land underneath. 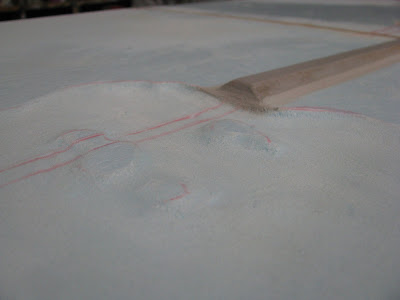 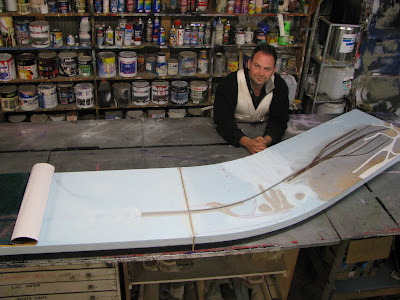 Now the internet is back ill attempt to update more often.

Take care and happy modelling.
Adrian
Posted by Adrian and Paul at 12:36 AM

would love some Victorian T locos and rolling stock. Am about to venture into the T arena.

Adrian and Paul
We live in country Victoria, Australia. We are keen modellers of anything Victorian Railways prior to transitioning to V/Line (late 1970s). We also enjoy retracing remnants of the Victorian Railways era such as disused lines and infrastructure that remains.